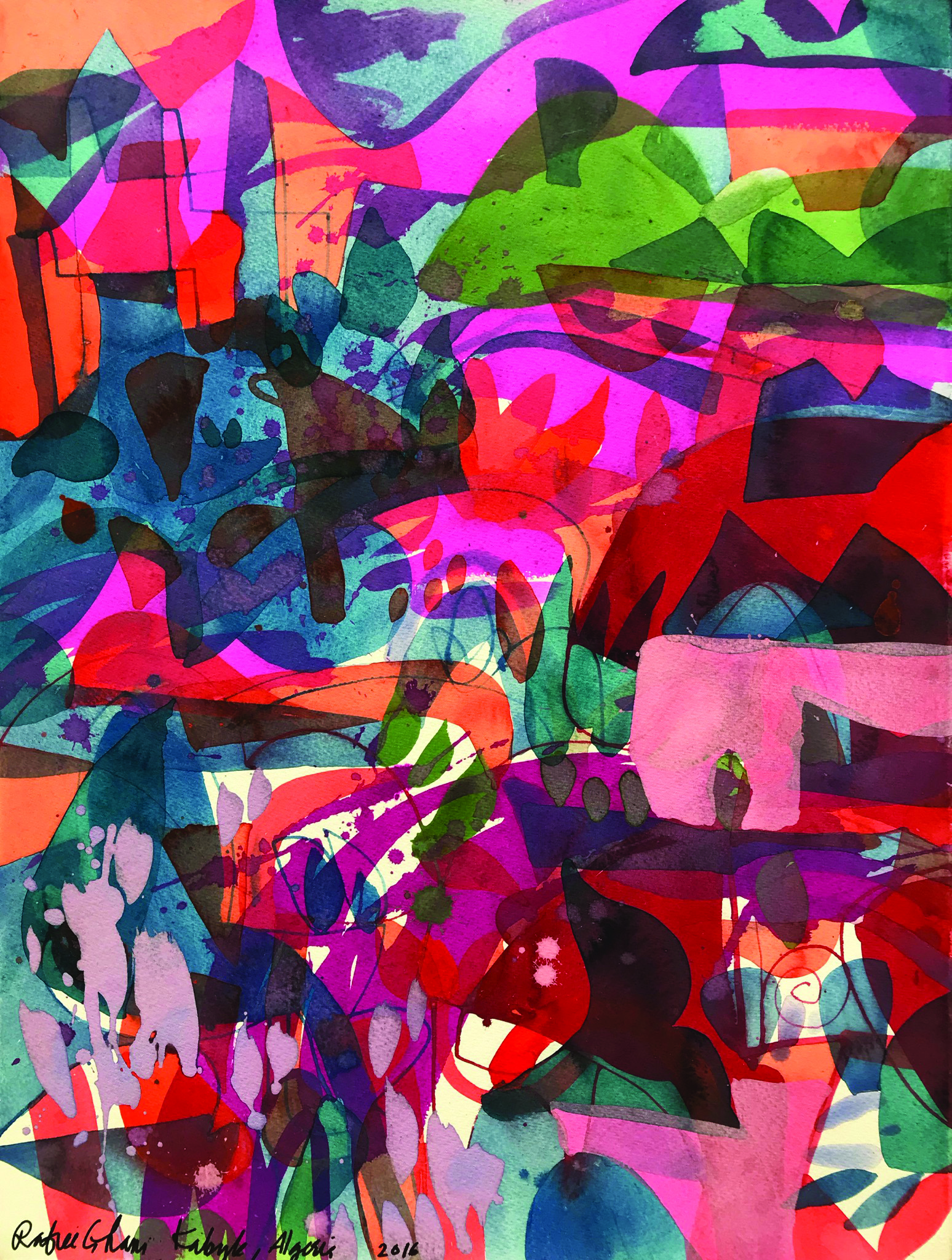 Rafiee Ghani travels became his new teacher and muse. When he travelled, he often found inspiration in the most unassuming places. Amid the chaos, he found serenity and compassion. Evident in his bold use of colours and strokes to invoke a sense of optimism. Rafiee Ghani believes that art is not exclusive to the discerning eye, but feeling the artwork as one would hear music and be moved by it. His works are often filled with enthusiasm and wide-eyed wonder.

Born in Kulim, Kedah in 1962, Rafiee Ghani is one of Malaysia’s most prominent fine artists. He started learning art at the De Virge Academie Voor Bildeende Kunst at The Hague in the Netherlands before he continued his studies at Institut Teknologi MARA in Dungun. It was in Europe that Rafiee gained his inspiration and exposure in art where he visited all the great spaces and museums. Consequently, he drew his inspirations through old masters like Vincent Van Gogh and Henri Matisse.