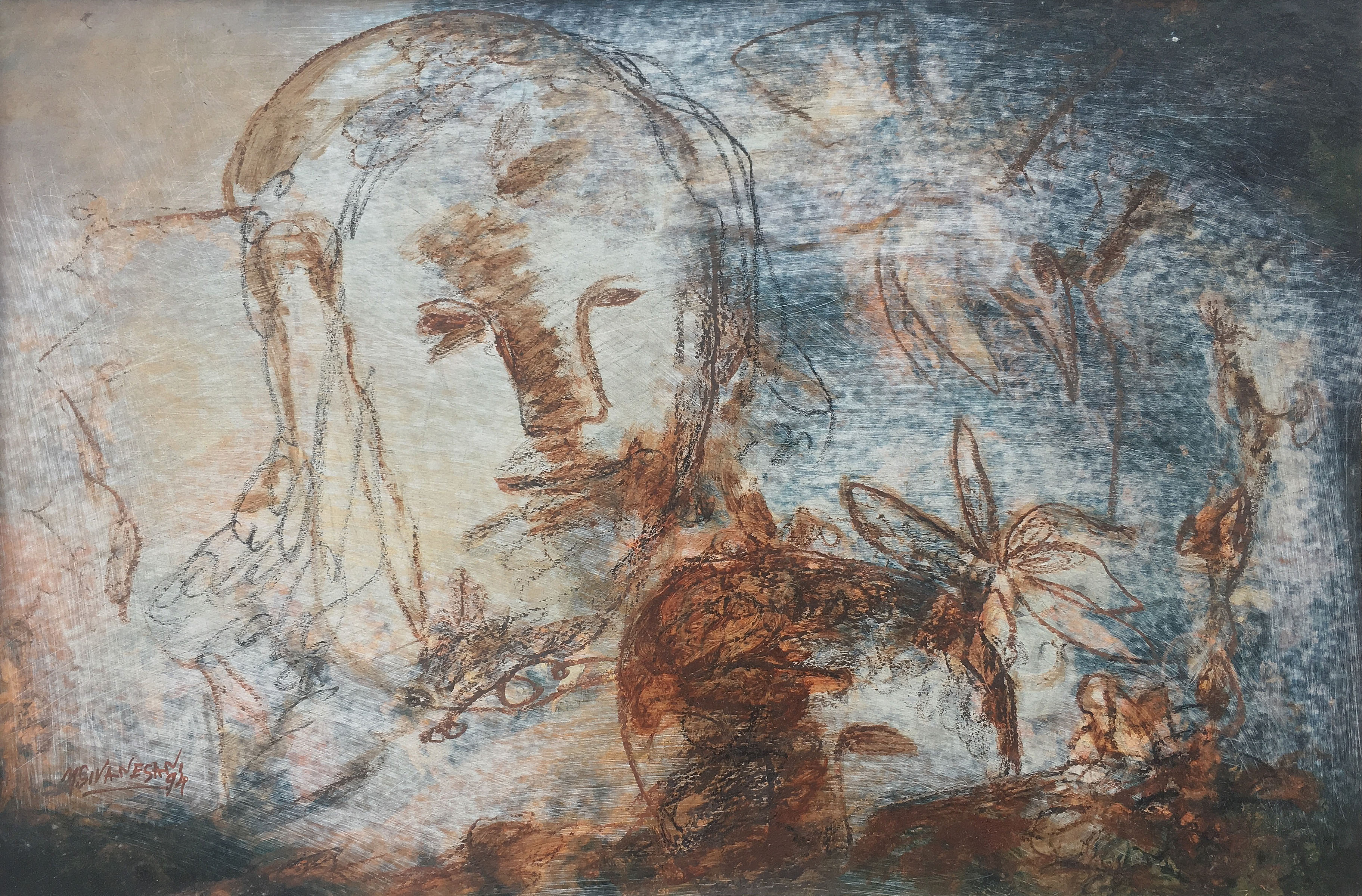 In a way, M. Sivanesan’s works are rather a reflection of his personal moods, than an attempt at making a profound statement. Fascinated with the human subject, Sivanesan works mainly with figurative compositions. Born in Madras (now Chennai) in 1940, Sivanesan would grow up to pursue art and graduate from the Madras Government College of Arts and Crafts in 1956. In 1962, he won an award at International Inter Church, New York. He has exhibited widely in India and internationally, including Bangkok (1976), Los Angeles (1977), Ottawa (1978), New York and Washington DC (1979). He worked out of hi studios in New Delhi, Mumbai and Chennai.