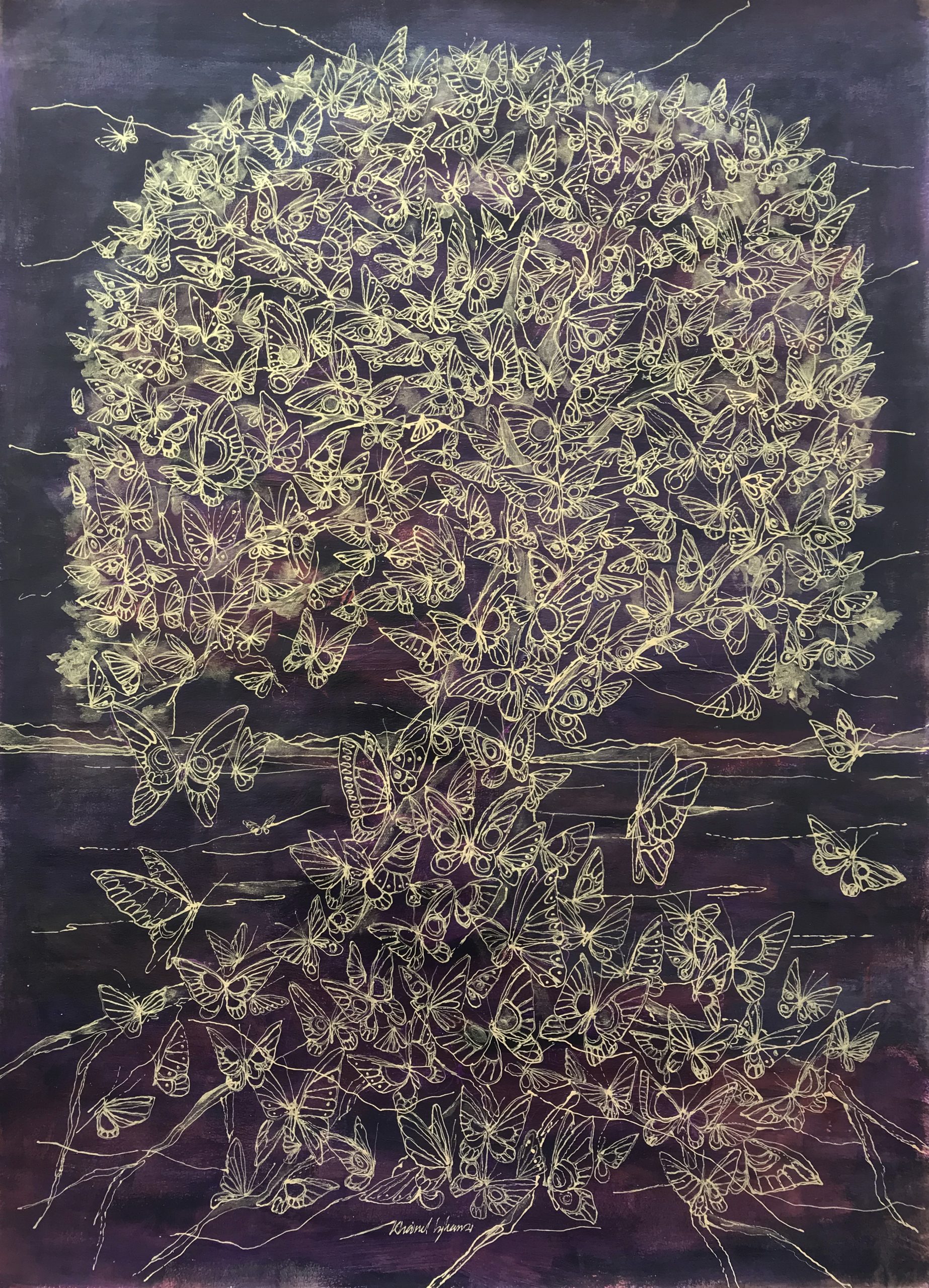 In the 15th century, artists like Leonardo da Vinci developed drawings on paper to explore ideas in preparation for creating paintings and sculptures. At the outset of the 20th century, paper would become not only the support, but also the medium itself, as Pablo Picasso and Georges Braque explored collage, layering numerous fragments of paper onto paper to create dense compositions. Khairul’s artworks on paper are beautifully crafted, just as with his works on canvas. While these are not as mammoth in size compared to the canvases, they are still sizable and would make a great addition to one’s home. The artist’s latest works, the ‘Singgah Sana Emas, Purple Paper Series, 2021 emanate similar subjects as his works in the past — trees blanketed by butterflies in some and birds on other, all lined out with gold hues against a mountain range in the far end and vivid, purple monotone background. The employment of gold lines to make up the tree makes it stand out and commands the attention of viewers. When viewed from a distance, one could easily mistake the birds and butterflies for flowers.